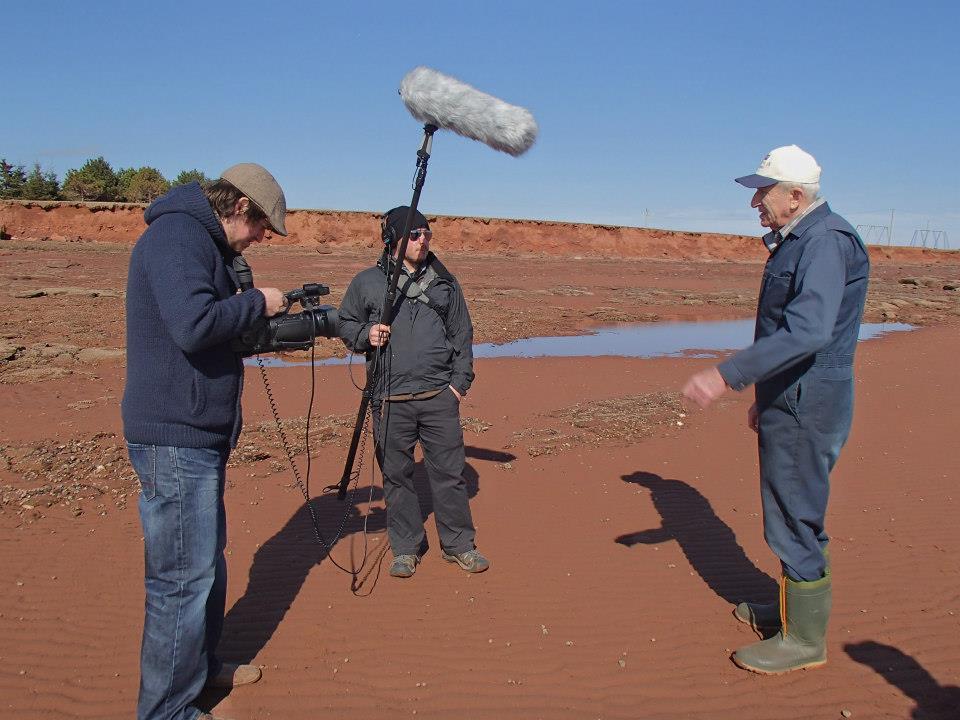 Across Atlantic Canada, coastlines and communities are being adversely affected by climate change, and as temperature, sea level and storm surge increase, adaptation initiatives are being planned and implemented to navigate the impending storm. This is their story.

In 2011, with funding from the NB Environmental Trust Fund, FBR Conservation Program Manager Ben Phillips began to interview local climate knowledge-holders, such as beekeepers, farmers, snowplow drivers, fishers, gardeners, and First Nations elders. The project also included some climate data  analysis to explain these local trends in our weather, such as temperature highs and lows, snow fall and melt dates, number of drought days, and rain event amounts and duration.

The project rapidly evolved into an exciting collaboration between the FBR and Dr. Ian Mauro (previously the Canada Research Chair in Human Dimensions of Environmental Change at Mount Allison University, now Associate Professor in the Department of Geography at the University of Winnipeg).

Ben’s interviews were documented by Dr. Ian Mauro’s multimedia research team, along with other weather and climate related content from Atlantic Canada. Working with Mauro’s team, a year’s worth of video footage has been carefully assembled into short documentary films, which aim to increase awareness about the real world experiences of coastal communities, and how they are on the front lines of climate change and responding to it.

You can view all the films, and related content, here: http://www.fundy-biosphere.ca/en/projects-and-initiatives/education.html