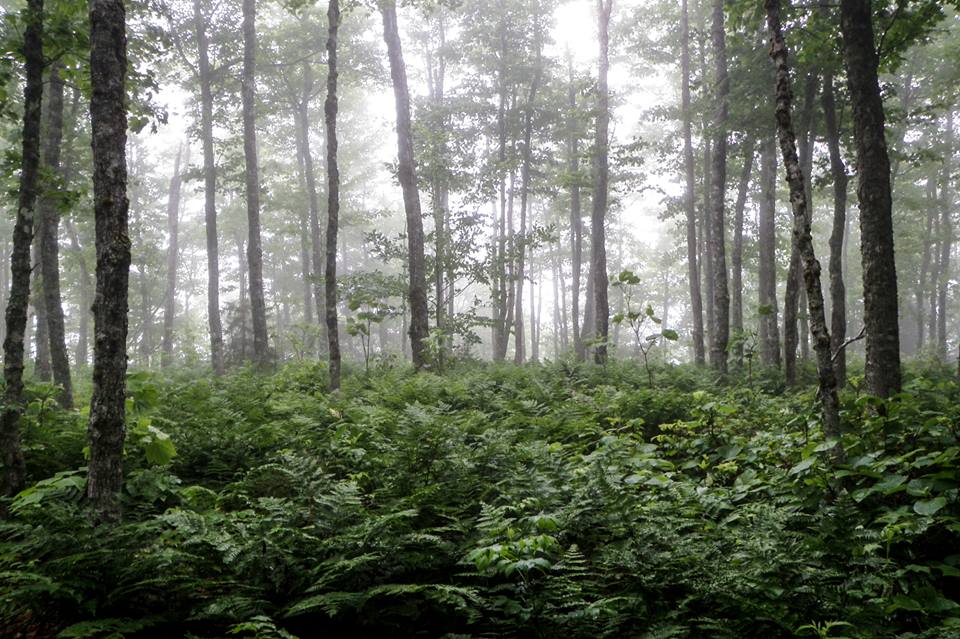 The FBR recently completed an analysis of which native tree species has the most chance to prosper under changing climatic conditions over the next 100 years, as well as those that will most probably merely persevere, and which could even decline. Northern trees species like spruces, fir, birches, and poplars will likely face more insects, disease, extreme weather, and competition, which would lead to slower growth and higher mortality. By contrast, southern species such as maples, oak, pines, beech, hemlock, and cherry should have a longer growing season and thus, faster growth.

"There are many examples around the world of forests being affected by climate change already," states Ben Phillips, Conservation Scientist with the FBR. "We must expect local effects on our forests today, and for those effects to worsen. We will most probably end up with a vastly different forest by the end of the century, especially if we continue to leave climate change unchecked. Now with this research adding to the scientific literature, we have a better idea of what to do about it."

"We have created a pamphlet that describes the eight 'winners' for the changing climate," says Megan de Graaf, Executive Director of the FBR. "This pamphlet describes the trees and their preferred growing conditions, so that woodlot owners, foresters, municipalities, and the general public are armed with the right information about what to plant and where."

As the climate changes and less-resilient species begin to decline and disappear, the Acadian Forest composition in southern New Brunswick (as well as throughout the Maritimes) will also change. This means that the forest as we know it today will later contain fewer of those northern species, and probably more of these "winners". But the forest will need help from residents of the region, notably in planting these resilient species.

"In addition to the pamphlet, we have made other resources available on our website, like a digital, paper-free pamphlet, maps, links to planting guides and a technical report," says de Graaf. "This project has mainly focused on the research up to now, so our next step is getting the word out and working with folks to manage the forest for the future."

The other component of this research is related to forest corridors. As climate change and deforestation affect the forest, wildlife can become cut-off. "Some birds can easily fly from patch to patch, but animals like turtles, flying squirrels, or frogs need continuous forests to move any distance," Phillips reveals. "We are working with other organizations to try and establish forest corridors based on areas with climate change resilient trees, helping plants and animals move freely around the FBR or to and from Nova Scotia. This is just the beginning of a new way of thinking and we have much left to learn!"

The project was funded by Environment Canada's EcoAction Community Funding Program, the Gosling Foundation, and by the NB Environmental Trust Fund. The pamphlet and supporting material are available here: http://www.fundy-biosphere.ca/en/home/forests-of-the-future.html.