Since 2011, the Fundy Biosphere has been collecting and analyzing citizen-sourced climate data such as family weather diaries, crop records, lighthouse logbooks, and wildlife recordings.

Made possible thanks to funding from the New Brunswick Environmental Trust Fund, the Climate Change Proxy Materials project encourages people to become “citizen scientists” by regularly recording nature observations and sharing them with the Fundy Biosphere Reserve for analysis, thereby providing communities with knowledge of the effects of climate change at a local level. The project thus approached the topic of climate change from a bottom-up perspective, relying heavily on our most informed elders.

The FBR wanted incorporate the most interesting and relevant results from these data sources into short videos. A first video, The Whitney Journals, was launched in June 2013. The video explores nature observations collected by the Sussex-based Whitney family for nearly 40 years and the analysis of these observations as chronicling the effects of climate change on their local environment. 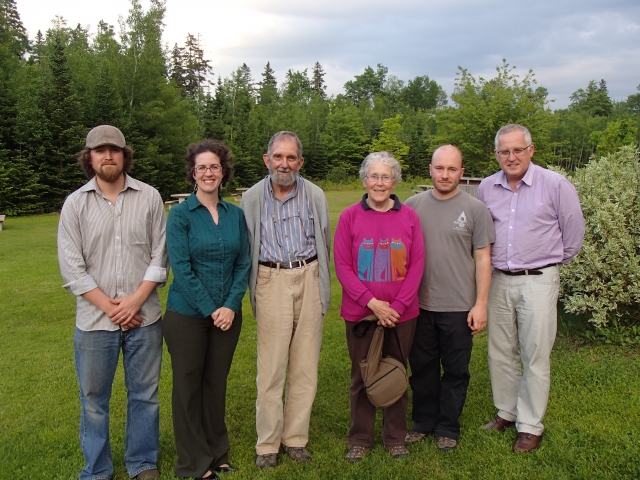 For example, according to the Whitney’s’ records, since the early 1970s, the frost-free growing season is now 25 days longer, the breeding season for spring peepers has expanded an extra 29 days, robins are appearing a full one month earlier in the spring, and lilacs are showing a seven day advance in their growing season.

Receiving much praise, The Whitney Journals was on display at the Royal Ontario Museum and secured peer validation through the Phoenix Award by the New Brunswick Environmental Network.

The Fundy Biosphere Reserve hopes to continue building this project in the future with more such citizen-sourced materials.